While it’s tempting to fall into the trap of writing in the style of “Day 1, I woke up, had some breakfast, and rode my bike through the Korean countryside until I found a nice motel and had a really interesting dinner before a settling into a much-needed sleep” I find those kinds of tales to be the least-creative and most-boring types of tales, so I’ll avoid that.  And my en route post of last week was a good general summary of what my trip was like, so I’ll add a little to that here.

Generally I found the cycling in to be great; they have put in an ambitious effort to create a lot of long bike paths (I was able to ride straight into the heart of with nary a single car to deal with!  Just needed to watch out for the many cyclists) and off those paths the secondary roads were generally lightly traveled with slow, courteous drivers.  The only thing lacking was detailed maps using english characters; this was actually a bit surprising since – fortunately – all the road signs were done in both Korean and english, which meant that I didn’t have to spend a lot of time trying to decipher the Korean characters.  As I had moved off of Jan Boonstra’s map I was navigating by a very large-scale tourist map and the sun, which worked fine until it started raining and the sun was gone.  As I was trying to exit a biggish city I rode for a couple of hours trying to navigate my way out north of the area using smaller roads only to stop at one point and realize that I had done an exact loop back to an earlier spot.   But at least I knew where I was!  But the day ended nicely as I sniffed out a riparian bike path for about 50km that whisked me down to a town with not only a motel to dry off but also a super-cool carvings and artifacts.  And that town was on the Four Rivers cycling route, so the next day I rode the last hundred km along it to .

Once in I had gotten the beta that the Bukansan national park was worthy of a visit.  This is a great place: it’s literally within the Seoul city limits, and to access it I took the subway for 45 minutes, got off, ran through an urban area (that included brand-specific stores by The North Face, Mountain Hardware, Merrell, Gregory, etc) and hit the relatively burly trails.  The trail I chose went up 750m (2300 or so feet) in 2.5km (less than 2 miles) for an average grade of approximately 30%; they don’t mess around with silly low-angle trails and switchbacks!  Not surprisingly, this national park officially (according to the omnipotent Guiness) has the highest visitors per land mass of any national park in the world; ie it’s the most crowded!  Clearly the aforementioned mad Korean hikers love to take advantage of the convenience to the 8M people in .  Regardless of its popularity, it’s got some dramatic granite faces with brilliant splitter cracks, and I know that there are two classic climbs called “Chouinard A” and Chouinard B” from YC’s time spent there as an Army guy (NOT the Korean war; he’s not that old!).

Overall Korea is a worthy cycling destination in that it has all the correct components:  nice rolling terrain in rural areas, not a lot of traffic, relatively quiet cities, cheap/nice/well-spaced motels, a deep, rich culture that is quite different than ours, great food, and  - a bit unusually – incredibly simple access in and out of the major cities on perfect bike paths.  The only negatives are the lack of maps in english, lack of ANYONE outside of Seoul who speaks english and a challenging language to “learn” (though the numbers are quite easy), high heat/humidity in the summer, and lack of decent camping opportunities (no campgrounds and pretty much every inch of arable land is cultivated and otherwise there’s thick undergrowth.  But the cheap/plentiful/nice motels make up for the lack of camping, and that means less stuff to carry…..

Following are 90 pics with captions, if you are so inclined.... 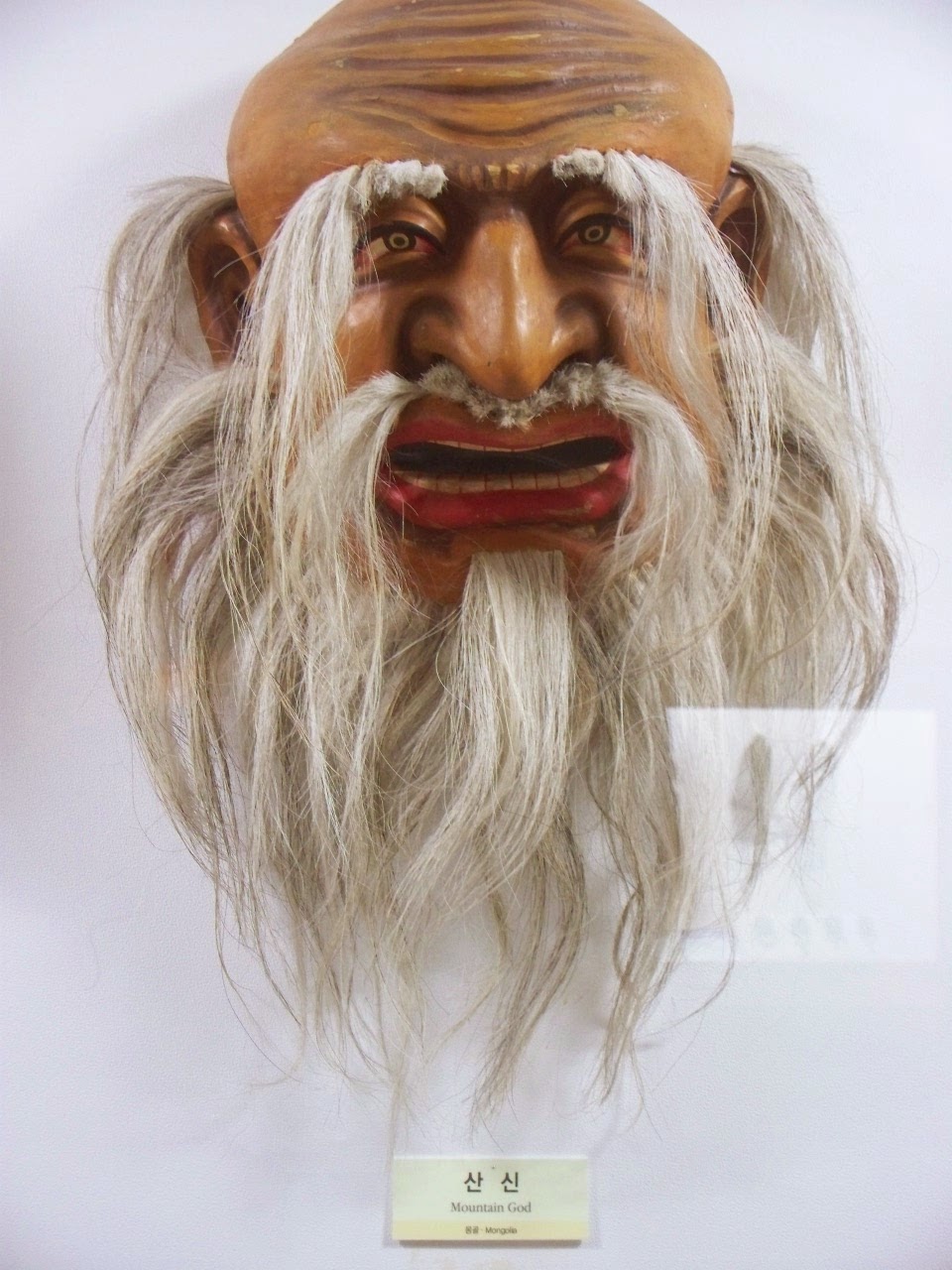 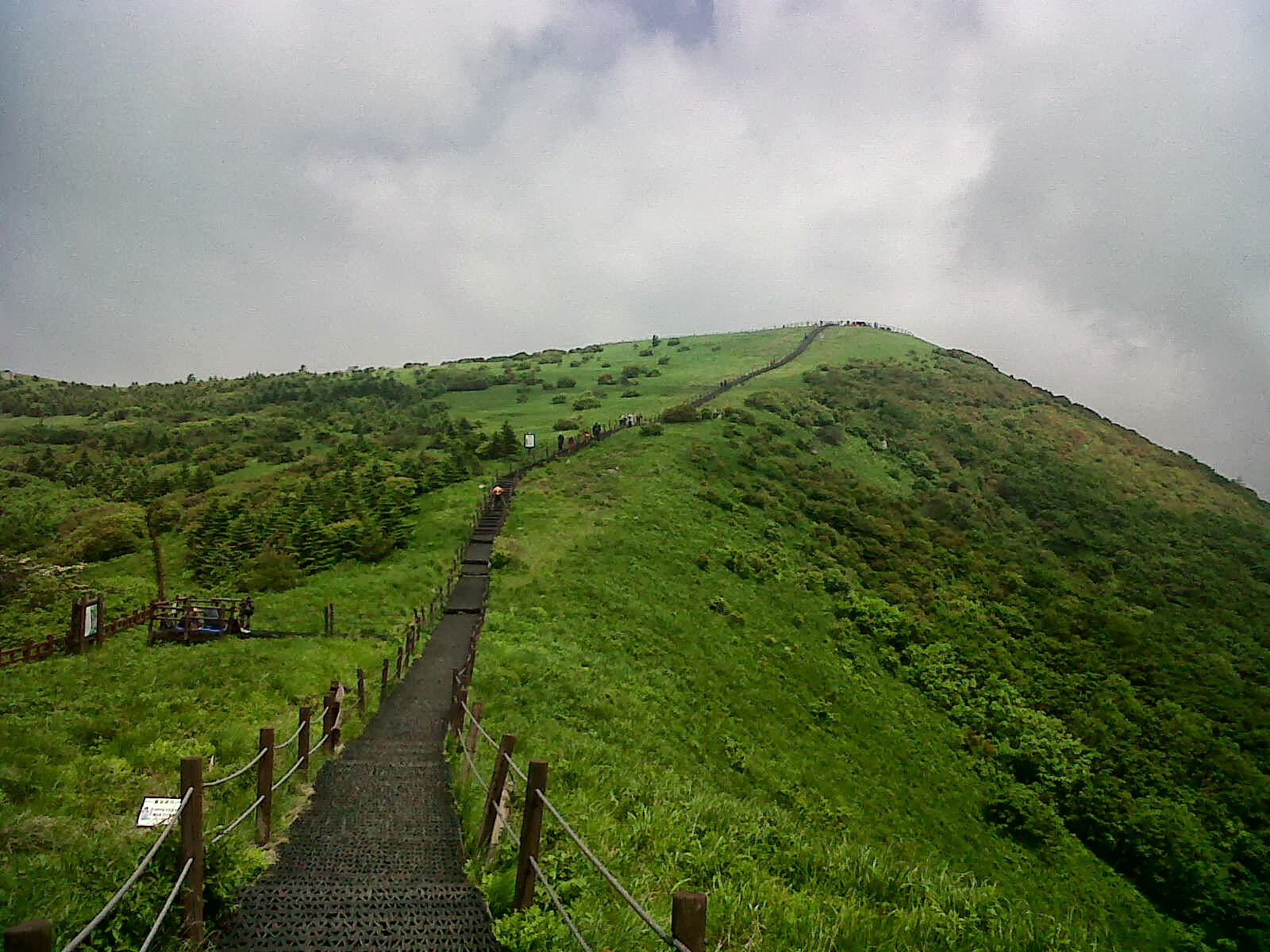 And they take their “trail building” seriously. 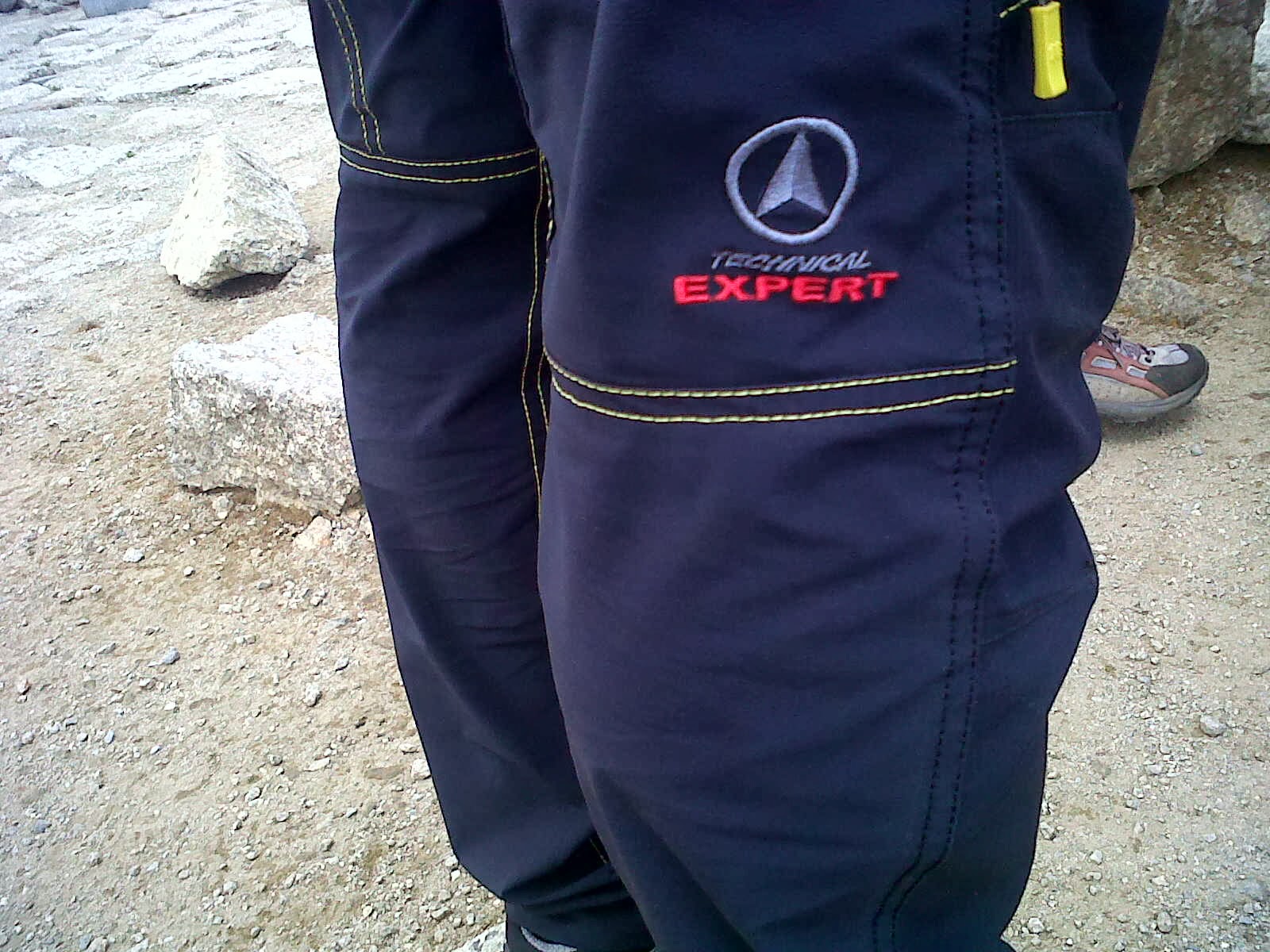 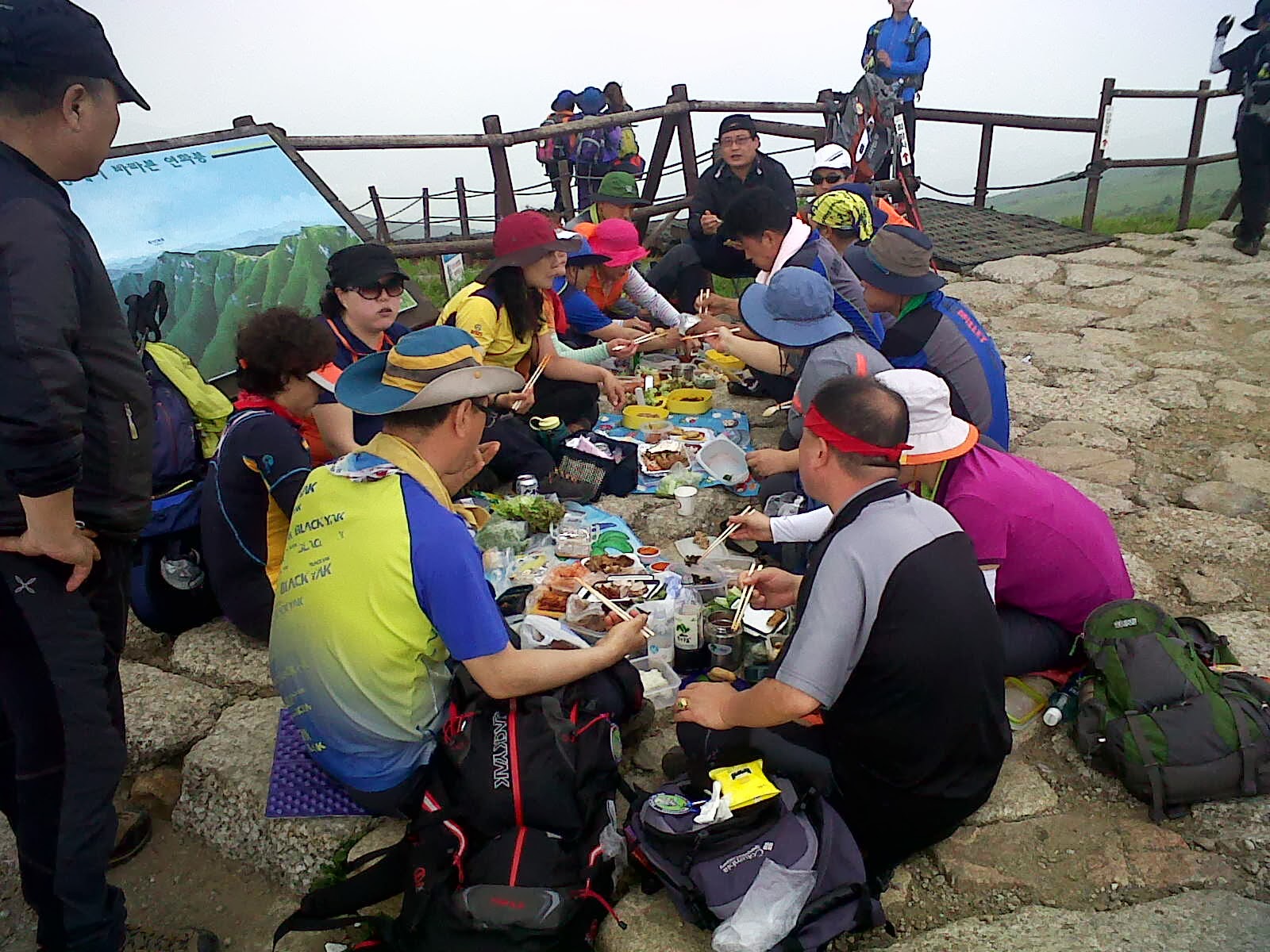 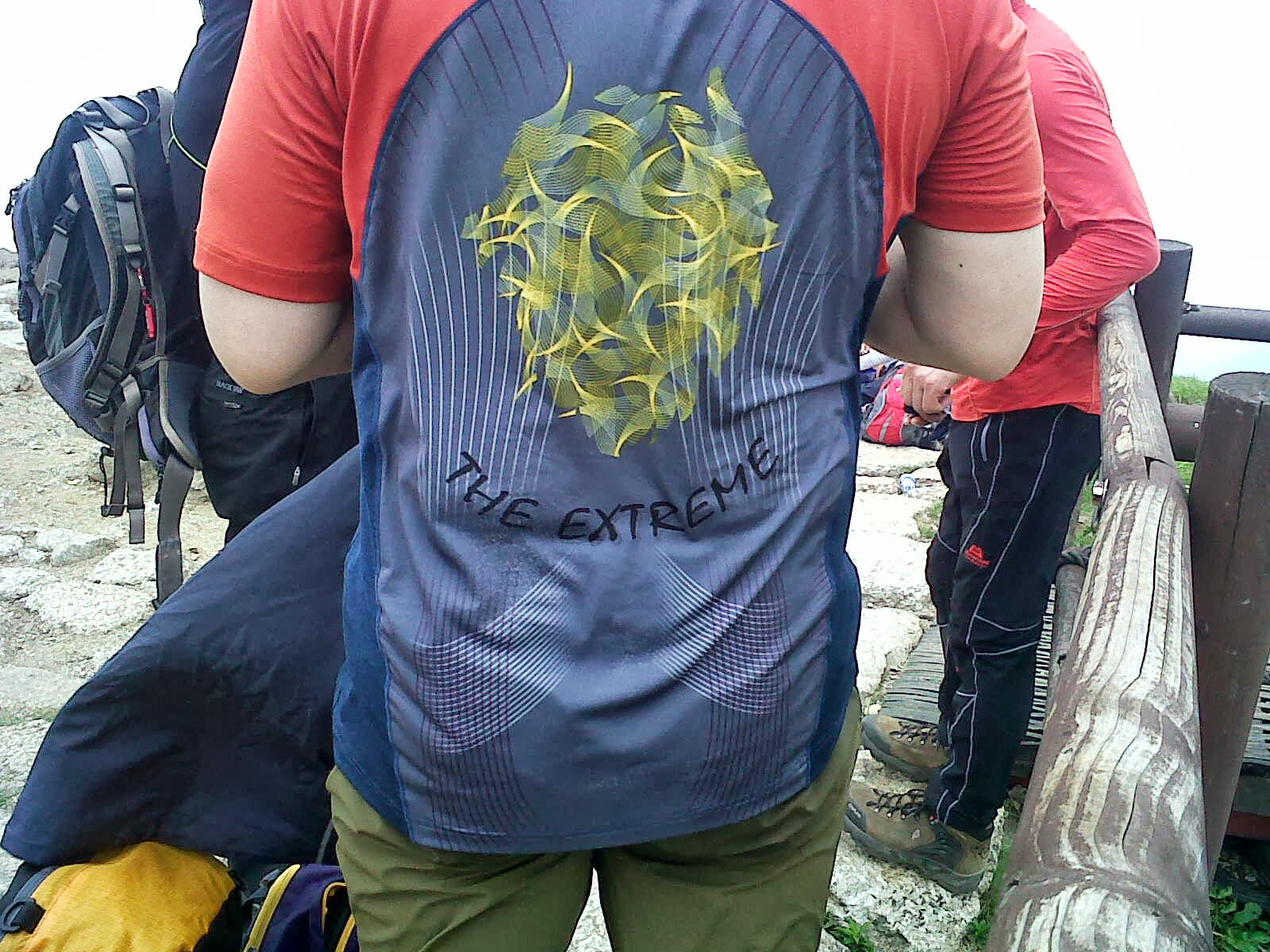 this guy was definitley "Extreme"

﻿ ﻿
﻿ ﻿ All in all a great country for bike touring; very user friendly, nice people, good accomodations, hilly without being burly, good food, and an interesting and rich culture.