An Ode to Andy And Sarah

I’ve done a few “odes” to people  -and of course, the Duke – but I realized that they have unfortunately been inspired by a tragic loss, and I decided that it would be better  -or at least, just as good  -to do some “odes” to people who are alive and most definitely very well.  I’ve had the good fortune to have met and known and been friends with a slew of super high quality people, so this is the first of hopefully at least a few tributes to good living folks  (which will undoubtedly include a bit of roasting; be warned, ye who know who you are!).

The first “one” is actually a couple:  Andy Windle and Sarah Swain, and this is prompted by the fact that I was honored to provide the official toast at the first of a few different parties to celebrate their recent nuptials, and the following is a variation on that toast
I’ve known Andy for a long time….and now that I think about it, I’ve known Sarah for a long time as well, since they were “a thing” many years ago when Andy was fairly recently single-ized.  Back then, despite the fact that of Andy’s buddies all thought Sarah was an awesome catch, we were amazed that he somehow kinda let her slip through his fingers, even though he couldn’t really seem to articulate why or even how that happened!  But slip away from him she did, and they both got on with their lives.

So there were many years in between that I was able to hang out with Andy but wasn’t able to hang out with Sarah, much to my chagrin.  But she moved on, and didn’t waste any time.  Sarah’s got an unusual thirst for knowledge, and she got after it:  I kept hearing these snippets about her:  going to Thunderbird in Phoenix?  Wow, that’s one of the best international business schools going.  Wait, now she’s a marketing exec at New Belgian brewing, one of the biggest/most successful breweries in the country?   Wow.  And oh, by the way, while she's got that job, she’s getting a law degree!  Who does that?!?!  Someone who’s really sharp and really motivated, that’s who.  So if she’s that sharp and motivated, how could she possibly end up now with this guy?!!? 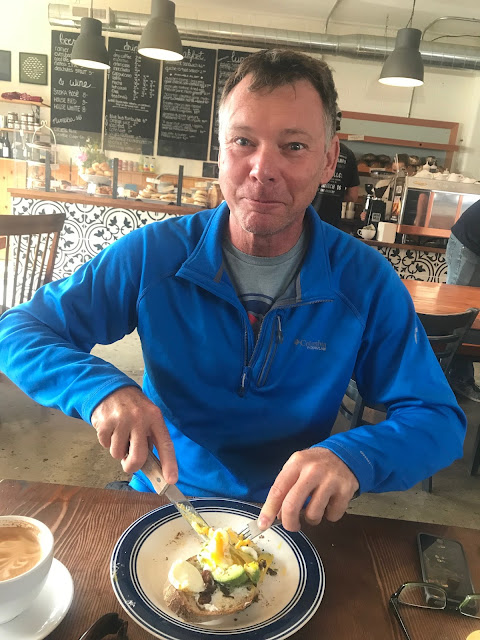 Over lo these many years of periodic adventures with Andy, my wife Ashley would patiently listen to his latest lamentations about his current relationship and then ask a simple question:  “why aren’t you hanging out with Sarah?  She seems awesome!”

Despite the fact that it had been over a dozen years since we’d seen Sarah, we were quickly reminded that our recollections of how great she was were indeed correct.  I remember very vividly that we were peppering her with questions about her life and saw that she started to get a little uncomfortable with answering all the questions, because she is such a great conversationalist that she usually is the one to be really interested in you.

Afterwards I told Andy that we were all psyched that he sorta facilitated us reconnecting with Sarah, and I told him that if he was a wise man – and he is – he’d be well-served to try to rekindle that relationship.  And fortunately for me – and for all of his friends  -he did.

Despite the fact that Andy lives 7000 miles away, I’ve done more adventuring with Andy than with most of my American friends, and the reason why is that he’s about as solid a dude as they come.  These silly river and mountain adventures that we do tend to create pretty deep bonds between people, and they also emphasize good and bad traits:  when it’s pissing rain and you’ve been on the river all day and all you want to do is find someplace warm and dry but the only place that’s actually warm and dry is 50 miles away it’s great to have Andy along, because he just chuckles and deals with adversity as if it were nothing.  And when we are on top of a challenging rapid and he tells you the line, you know that it’s right, and you know that when you screw it up he’ll act swiftly, decisively, and correctly to help you out.


I have been similarly amazed at Andy’s ability to remake himself.  Arriving in Utah 20+ years ago he was a ski patroller/mountain guy, but in short order he was a contractor building custom homes.  Then at the ripe young age of 40 Andy was not only willing to give up a fine career here in Utah and move home to New Zealand but completely change gears into an career that could hardly be any different as a paramedic.  The paramedic learning curve was complex and steep and he was competing with much younger folks, but it didn’t take long for Andy to make a thorough transformation from custom-home contractor to successful life-saver.  When I visited him in New Zealand it was clear that that he has not only become a good paramedic but is a very well-respected leader in the community there.
So here is a couple who both have a thirst for both adventure, knowledge, and experience, know what they want, and are willing to make the sacrifices to make it happen, yet are mature enough to know that it won’t always be perfect, but also that they can work their way through whatever adversity comes their way.  Congrats to them on their new life together. 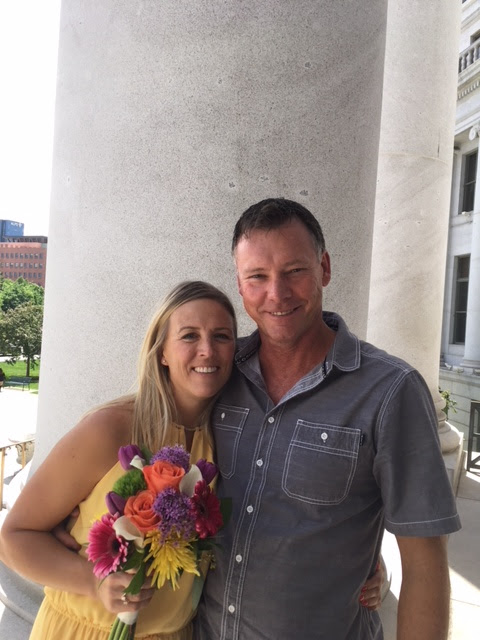 Posted by Tom Diegel at 3:58 PM No comments: